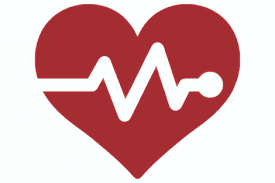 In 2012, my wife suffered a massive heart attack that should have killed her; but thanks to many dedicated doctors and nurses, surgery and the Grace of God, she survived. This also turned into another twist of fate by which the problems and solutions to our health care “crisis” were further revealed. After she returned home, we received a bill from the hospital in the amount of a global charge of $50,000, more on that later. I went to the business office of the hospital and explained that I did not have insurance but wished to pay my bill. I explained that I understood the hospital was a business that needed a profit to pay their bills but also that insurance companies demanded a huge discount on all bills received so the bill was inflated to reflect that. I then asked what the hospital actually needed to make a profit so that I could pay my bill?

This lead to a full two day discussion about how our current health care system works; hospitals, insurance companies, lawyer, patients and government. In the end, the women to which I was speaking said, “Mr. Hansen, how does $7,500 sound?” After the shock wore off, I asked, that is what you need to make a profit on this procedure? She replied, “Yes”. I then stated, you knew I did not have insurance when my wife came in here so why did you not offer me this price to begin with? She said, “If I had offered you that price without you asking for it, the government would consider that discriminatory pricing and someone here would have went to jail”.

This is the convoluted state of our health care system and all five of the areas mentioned above need to be addressed to fix it. To read more go to “SOLUTIONS”.